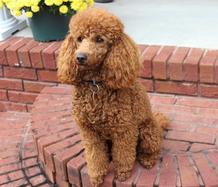 These are puppies from a recent litter that are ready to go now.  We have started leash training with basic commands and are introducing crate training.  They were born February 18th. 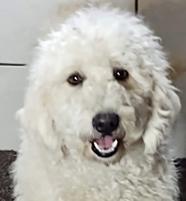 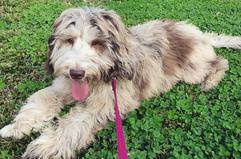 This litter is an F1b Generation mini Goldendoodle.  That is probably the most popular generation.  Harriet is a big girl and about 50 pounds but sweet as could be.  Rosco is our mini poodle and is about 16 pounds.  These are kind of larger minis bordering on Mediums.  They will range from 28 to 35 pounds.  They were born on April 3rd and will be 8 weeks on May 29th.

This litter will mature teens to 25 pounds.  Both parents have two copies of dominant furnishings so they will be as non shedding as any poodle.  Liddie-bell is a daughter of Rou and Kramer and has that wonderful calm disposition of her father.   The puppies were born May 1st and will be ready for new homes the last week of June. 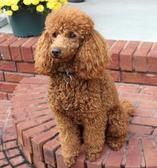 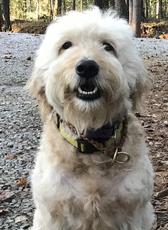 Eska is an F1 mini Bernedoodle weighing 40 pounds.  Her dad was Rosco our mini poodle and a full Bernese mom.  She is mated to Aubie. He's an  AKC mini poodle from Russian lines.  We were hoping he would add color intensity to the brown markings on the puppies and he did just that!  These are F1b mini Bernedoodle puppies that we expect to mature around 25-35 pounds.  They were born April 27th and will be ready for new homes around June 24h.  They are being raised in Alpharetta Ga and could be picked up from there or here in Alabama. 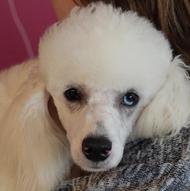 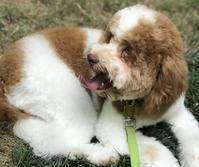 Both parents are F1b goldendoodles that have been genetically tested to have dominant Furnishings so we know that this entire litter will be as non shedding as any poodle.  The puppies are considered F3 or Multigenerational mini goldendoodles.  They will mature 20-25 pounds and we will have both curly and wavy coats.  Also, both parents have neat light colored eyes!  The puppies were born April 27th and are gorgeous chocolates, chocolate phantoms and Chocolate merles.  We will have the option of sending home from Atlanta GA or here in Alabama around June 24th. 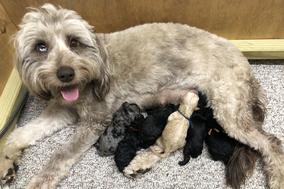 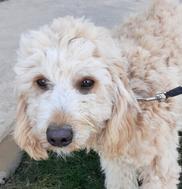 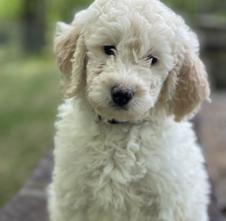 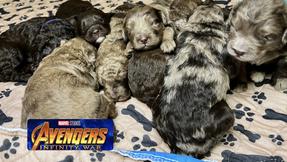 Crystal is an F1 which means first cross.  She is 50% golden Retriever and 50% mini poodle.  She's about 30 pounds and Rosco is about 16.  We expect the puppies to mature around 25 pounds.  The puppies are F1b generation which is the most popular generation of mini goldendoodle and all will be curly as both parents have two genetic copies of curl. 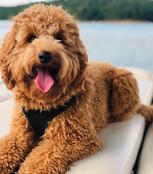 Lisa is the daughter of one of our favorite mom's "Bailey".  Bailey's daughters have a wonderful disposition and are usually dark red.  Lucy is an F1b and this is her first litter.  The puppies are considered f3 with Pelé our multigen Goldendoodle dad.  These puppies with have that classic wavy curly coat and will mature 20-25 pounds with some being in the teens.  They were born  April 5th and will be 8 weeks old May 31st. 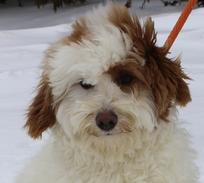 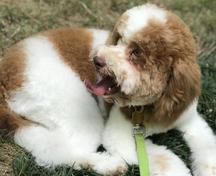 Looking for unusual colors?  We have Sables, which are very unusual!  ​This litter was born on Easter Sunday April 17th and will be ready for new homes around June 12th.  Both parents are F1b with two copies of dominant furnishings which means this entire litter will be as non shedding as any poodle.  Marlow is  22 pounds and Gunner is 16.  We expect these puppies to mature teens to 25 pounds.

Scroll down to see the current litters that we have. Click the buttons that are below each announcement or use the top tabs on our website to see each litter.  We frequently have puppies with that classic teddybear look. We also have litters with dark reds, chocolates, blacks, creams, parti and merles.  Some of these moms have "past puppy"  buttons so you can see what their puppies will look like as they become older pups and adults.  Check them out and contact us for any questions or check out our "purchasing" page. With our guardian homes, we have grown to the point that we have litters almost monthly. 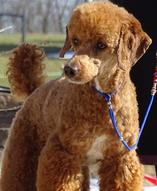 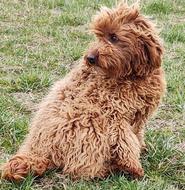 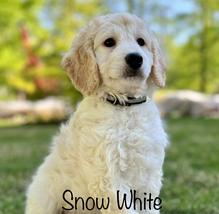 Jewel is a small F1 Goldendoodle weighing 26 pounds and Rosco is a 16 pound mini Poodle.  We expect this litter to mature in the teens to 25 pounds.  This is our first litter with this pair.  These puppies are considered F1b goldendoodles which is the most popular generation.  We will have both wavy and curly coats.  They were born March 21st and will be ready for new homes at the end of May. 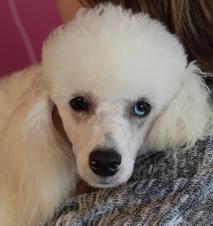 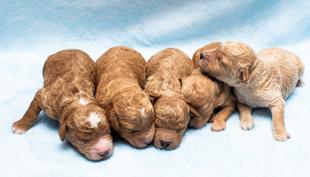