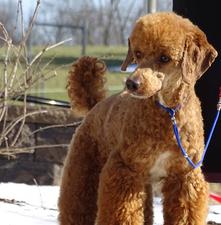 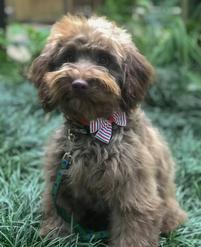 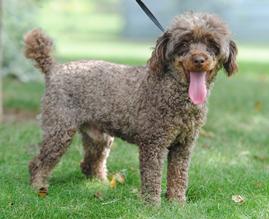 Bailey and Yukon:  This is a repeat paring with these two parents.  We expect both wavy and curly puppies in the litter.  They will be f1b mini Goldendoodles and I have found that these two parents have a range in size on the puppies.  Some have been 20 pounds and some boys have become twice that size!  They are however consistently wonderful dogs with easy temperaments and great dispositions. 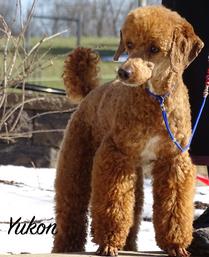 Glory and Rascal:  These will be F1 Bernadoodle puppies.  Glory is a Bernese Mountain Dog and Rascal is a chocolate phantom toy poodle.  Most breeders would call them mini; however, I know just how hard it is cut down the size of a breed.  I think they will be in the 35-45 pound range.  These puppies were born on January 20th and will be ready for new homes in late March.  They are absolutely spectacular!  They all have that highly sought after tri-color pattern.  This is a tough pattern to select for.  These puppies will be heading to new homes mid-march. 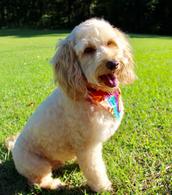 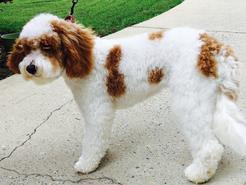 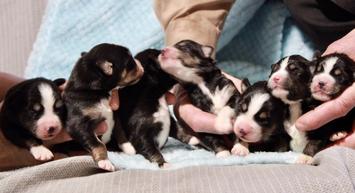 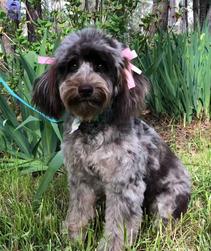 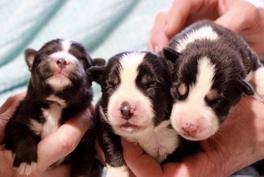 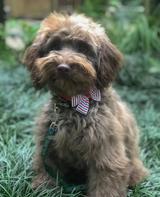 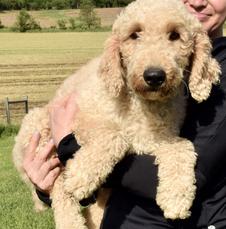 Delia and Yukon:  This is a second litter with these two parents.  They make very pretty and very curly puppies.  Delia is a 42 pound blonde f1 Goldendoodle and Yukon is a miniature poodle.  These are f1b mini and medium goldendoodle puppies.  We are seeing that the first litter ranges from 22 pounds to almost 40 pounds. 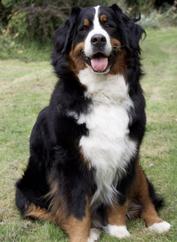 ​Rou and Kramer:  This is a first time pairing with these two f1b mini Goldendoodles.  Both parents are from English lines and you can see that in the nicely shaped heads of their puppies.  These puppies are technically F3 generation mini Goldendoodles. We know that tests out to be about the same as an F1b (the most popular generation) which is 25% golden and 75% poodle, with the exception that we know all of these puppies will have dominant furnishings.  This is the key factor in non-shedding coats.  In addition, Kramer has excellent scores on the other genes involved with shedding.  These are super nice puppies and you can see that Rou makes beautiful babies from her past litters. 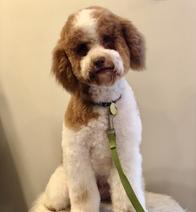 We have quite a few exciting litters!  Scroll down to see a rundown of the parents and then click the buttons to go to the pages for that particular litter.  Some of the moms have a "past puppy" button as well.  You can click those to see what their past puppies looked like as puppies and adults. 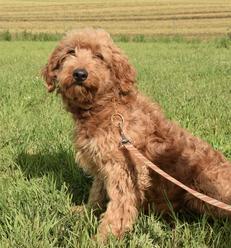 Benelli and Kramer: These will be the very first puppies for both parents.  Benelli is a 25-pound Chocolate merle f1b and Kramer is a 18-pound Chocolate f1b.  The puppies will be considered F3 or "mulitgens", although we find that this combo usually has about the same percentage Golden/Poodle as F1b pups.  Both parents have that classic "doodle wavy coat" and a minus /minus on shed locust MC5R....that means we know they will not shed.  We are expecting blondes, chocolates and chocolate merles to be born mid Jan.  We think the puppies will range in size from the teens up to 30 pounds.  This litter will be ready to go home mid March.

Sage is a beautiful red and white 28 pound Goldendoodle and she is mated to Gunner who is also a "Parti-color" Goldendoodle.  He is about 17 pounds and although he looks kind of red he is actually a Sable Chocolate and White.  This is an exciting litter because it will be our first puppies from little Gunner and the entire litter will Parti.  Sage also carries chocolate so we are expecting %50 percent of the litter to be blonde or red and white, %25 black and white and %25 chocolate and white.  We know the entire litter will not shed because both parents have dominant furnishings.  These puppies are due on New Years and will be ready for new homes in March.